Hiking dates for the upcoming weeks

The program is normally set about 1 to 2 months in advance, further hikes will follow

Sierra Nevada - Mulhacén, the highest peak of the Iberian Peninsula 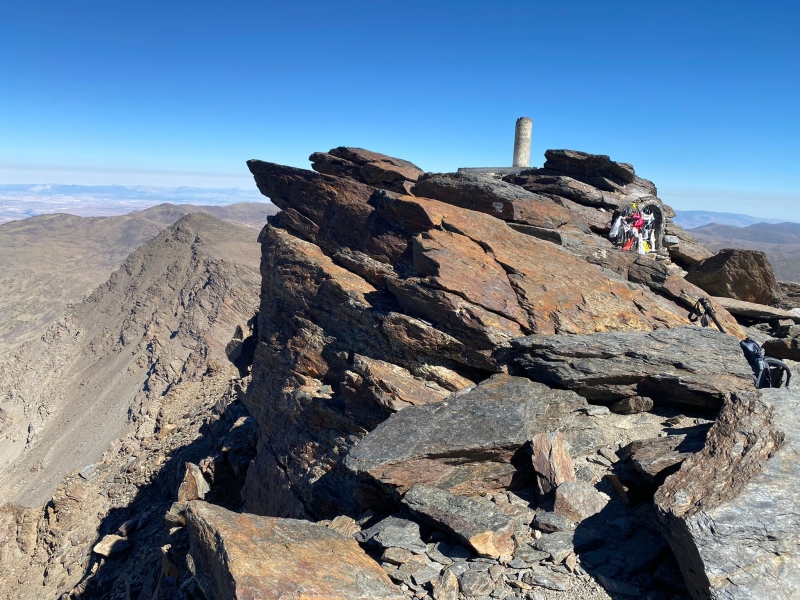 Two day tour in the Sierra Nevada of Granada, with an easy acclimatisation hike on the first day, from Capileira to La Cebadilla and the ascent of Mulhacén on the second day 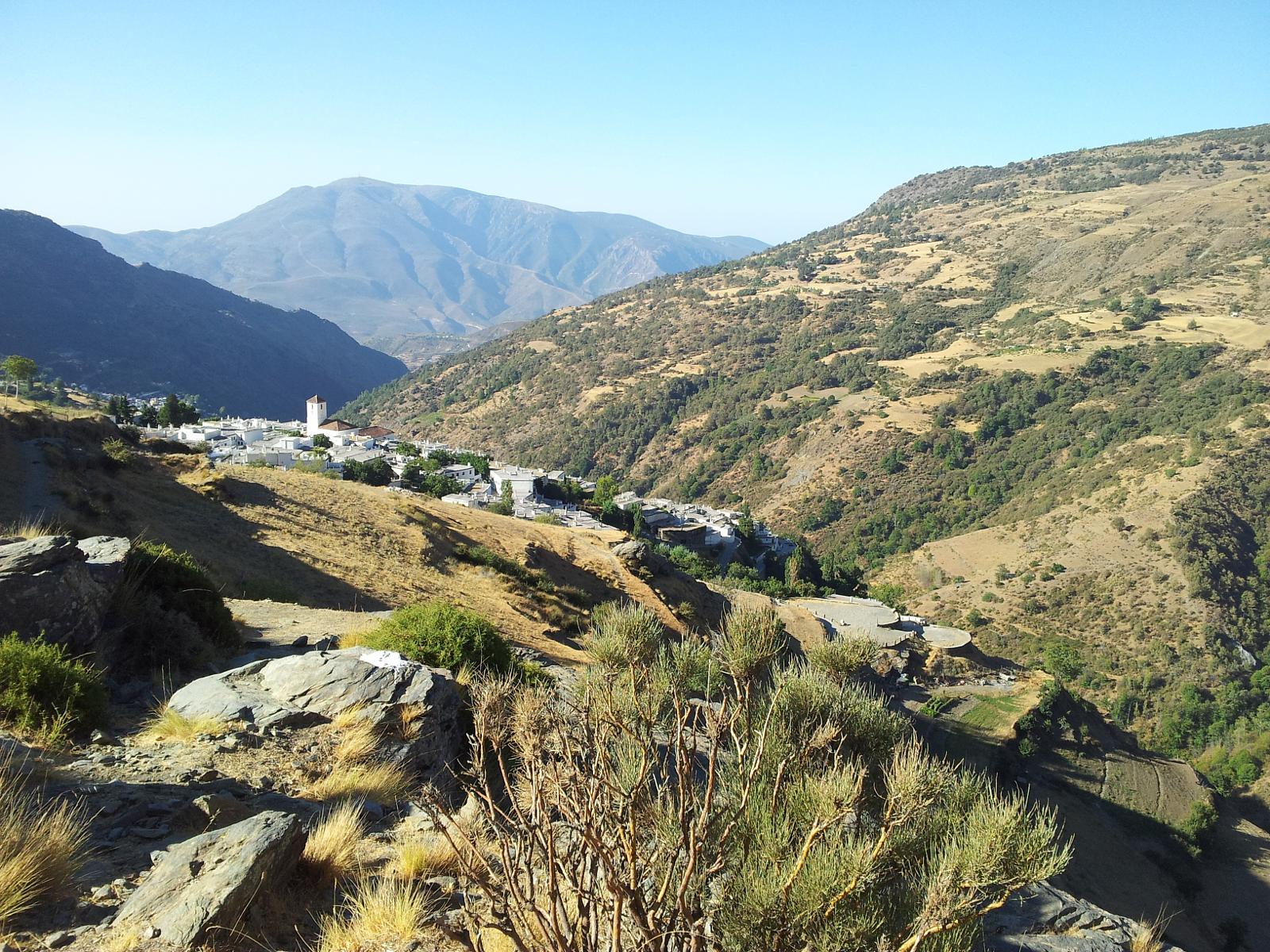 The village of Capileira is located at 1436m above sea level, one of the highest villages in Spain, in the Alpujarras of Granada, an ideal place to acclimatise for our hike to the highest peak of the Iberian Peninsula.

The drive from Marbella to Capileira takes about 2½ hours. Our accommodation, two flats with two double rooms each, for one night is located directly in the village.

After arriving in Capileira and a coffee break, we do a relatively easy but very beautiful circular walk directly from Capileira through the Poqueira River valley to La Cebadilla and back. 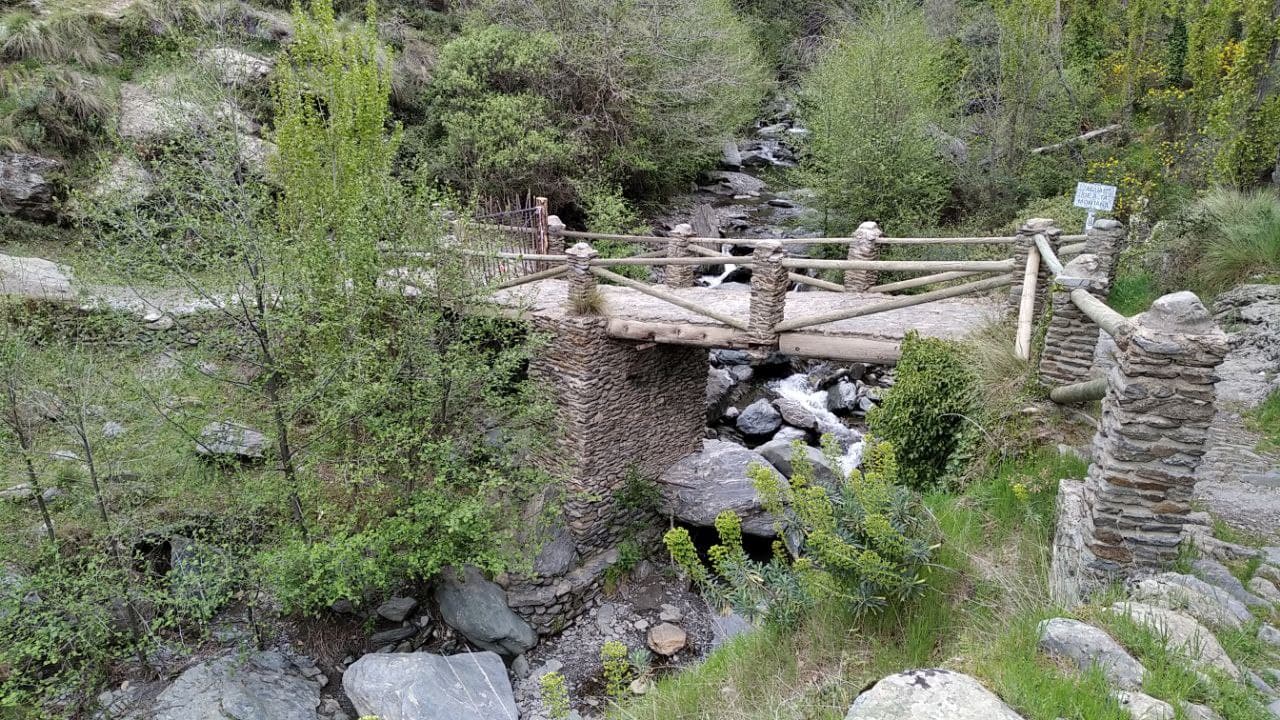 We have time to explore the village, buy provisions for the next day and have lunch. There is also a National Park information office in Capileira that we can visit. 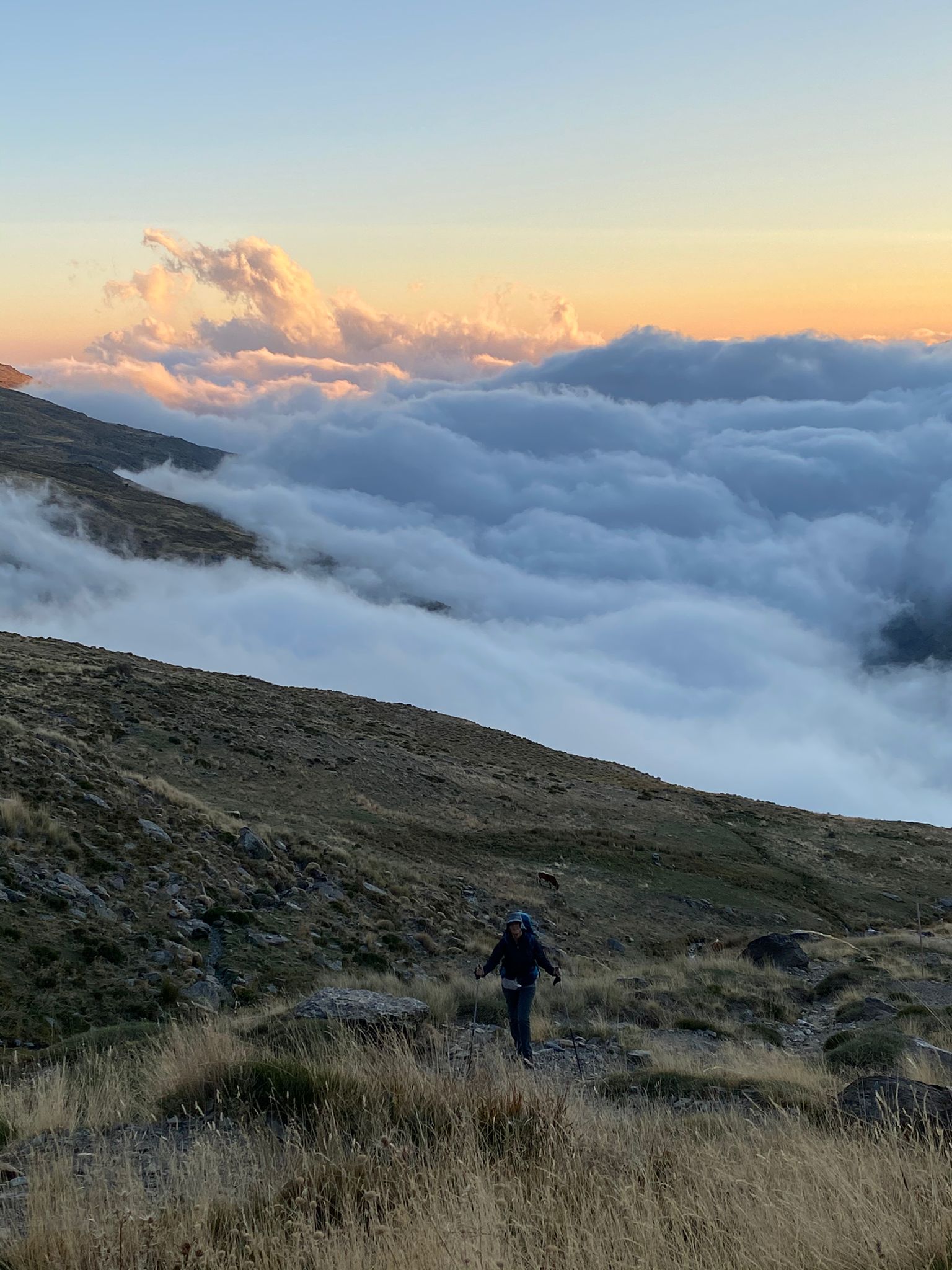 After an early breakfast, our tour starts at 8:30 a.m. An official minibus takes us into the national park to the starting point of our hike at 2700m altitude, private cars are not allowed. On the way, our driver tells us a lot of interesting facts about flora, fauna and everything that belongs to the national park. The journey takes about an hour.

From the Alto el Chorillo hill, we walk on well-surfaced paths to the summit of Mulhacén at 3479m. The views are spectacular throughout the climb, we can see the peaks of the surrounding mountains, some of them over 3000m, including the second highest peak, the Veleta, and on a clear day we can see as far as the Strait of Gibraltar and the coast of Africa. 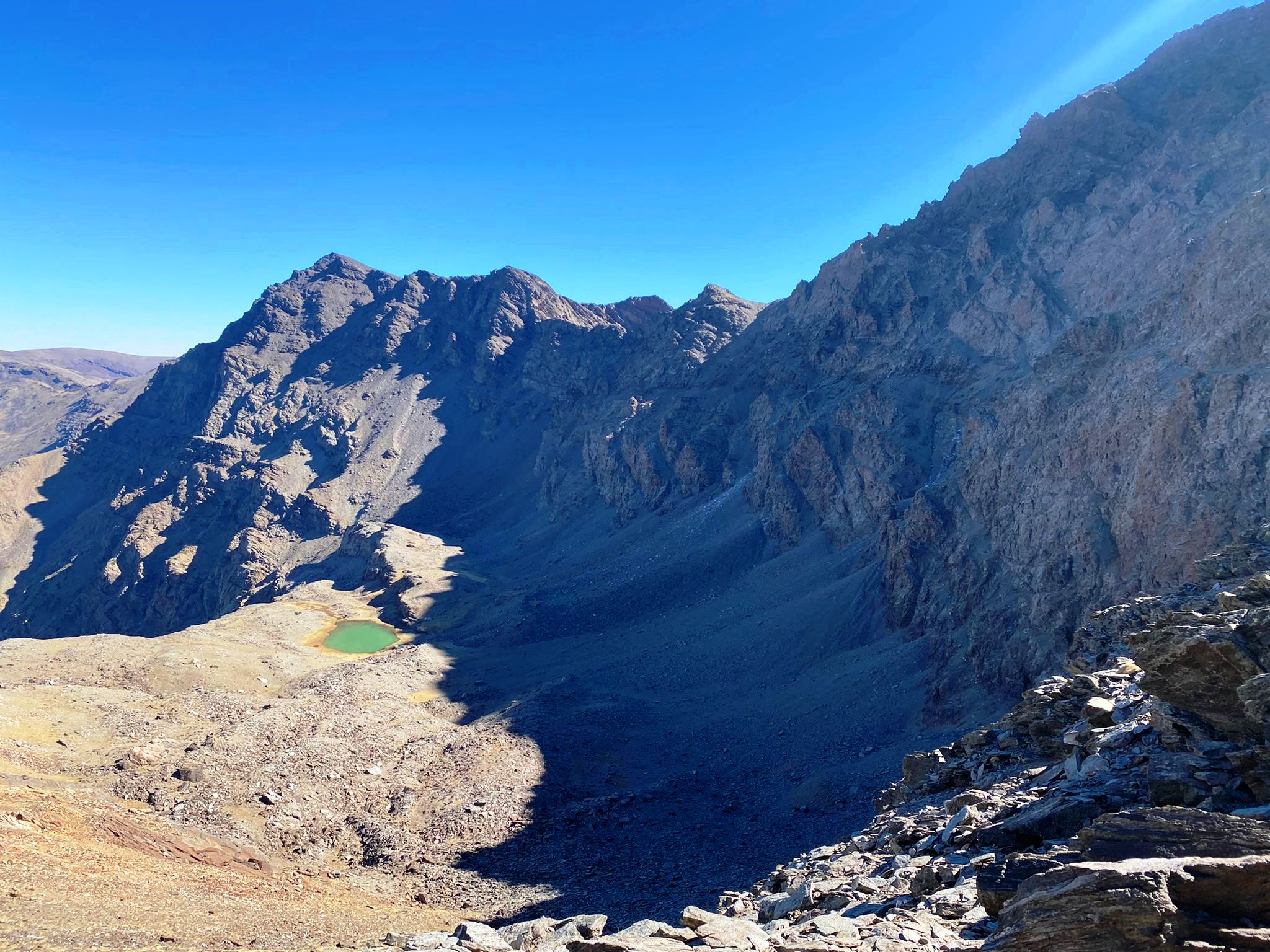 From the summit, we also see the imposing northern slope that plunges more than 500m vertically into the depths. After a well-deserved break, we take a steeper path over the west side, past the self-catering refuge "Refugio de la Caldera", back to the starting point, where the minibus picks us up again and brings us back to Capileira.

After a beer and tapa break, it's back to the coast 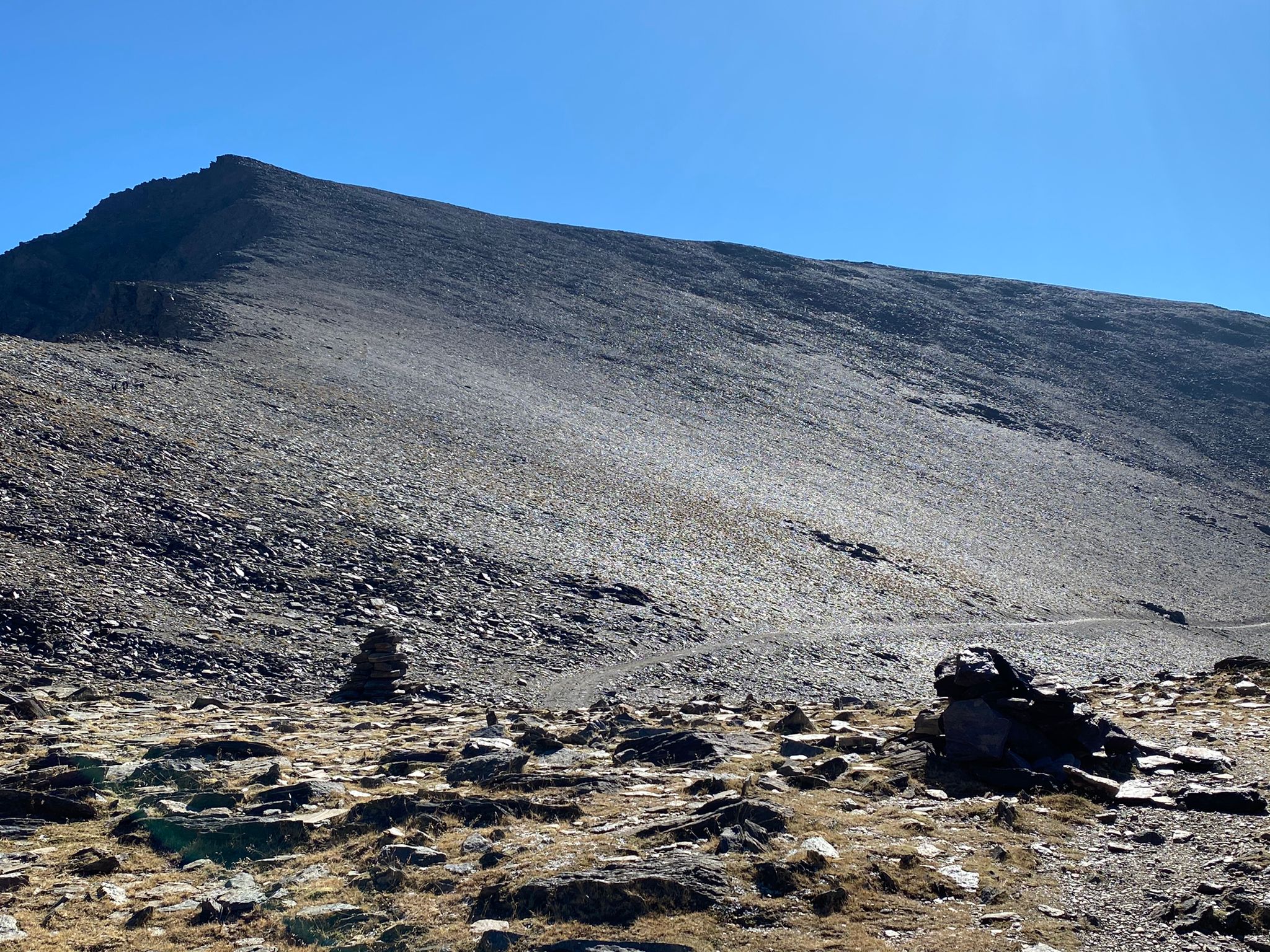 Sturdy mountain boots, sun and rain protection, warm clothing (don't forget we are walking at an altitude of over 3000m), only the urgently needed toiletries and clothes for an overnight stay, enough water and food for the day's hike.

Hiking guide, insurance and transport to the starting point and back, accommodation in apartment - double room. Minibus in the National Park